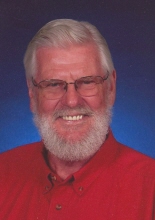 Arthur W. Lange, 75, of Camillus, passed away Sunday, May 31, 2009 at Community General Hospital. Born in Oneida on Sunday, June 11, 1933, he was the son of Raymond Lange and Sadie Kathryn Brown Lange. After spending his early years in Oneida, he lived in Camillus for 41 years. He attended Pratt University in New York City and Mohawk Valley Community College in Utica. Art was a graphic designer for over 25 years and was previously employed by Midstate Printing of Syracuse and Canterbury Press in Rome. He was an Army veteran. A member of St. Luke's Episcopal Church, Art generously gave of his time and skill to the church and many other organizations. He was a longtime member of the Commission on Ministry in the Diocese of Central New York and also a longtime member of the Syracuse Club of Printing House Craftsmen. Art served on the board of directors of the Hotel de la Monnaie in New Orleans. He was predeceased by his brothers, Charles and Robert. Surviving are his wife of 47 years, the former Sheila Sewell; daughters and son-in-law, Bonnie Rhymer of Bristol, Tennessee and Kristen and Joseph Contini of Jordan, New York; son and daughter-in-law, Brad Lange and Lara Wysong of Boston, Massachusetts; sister, Gertrude Dixon of Oneida; grandchildren, Brett, Amber, Joey and Nikki; one great-granddaughter; and several nieces and nephews. A memorial service will be at 11 a.m. Saturday, June 13, 2009 in St. Luke’s Episcopal Church, Camillus, with The Rt. Rev. Gladstone B. Adams and The Rev. Craig R. Swan officiating. Friends may greet the family at the church from 10 to 11 a.m. Burial will be private. Arrangements are by the Buranich Funeral Home, Camillus. In lieu of flowers, contributions may be made to St. Luke's Memorial Fund, 5402 W. Genesee St., Camillus, NY 13031 or to a charity of one's choice.
To order memorial trees or send flowers to the family in memory of Arthur W. Lange, please visit our flower store.