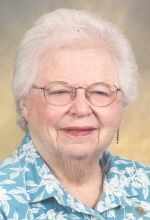 Beverly J. Mandigo, 82, of Camillus, passed away on Friday, October 7, 2011at Loretto. Born in Syracuse on Thursday, October 25, 1928, she was the daughter of Oscar Lawrence Quist and Mildred Pearl Goff Quist. She lived in Camillus since 1954 and was a 1945 graduate of Onondaga Valley Academy. A charter member of St. Michael's Lutheran Church, Beverly also was a member of the Service Guild and the Women's Evangelical Lutheran Christian Association. For many years, she was an election inspector for the Town of Camillus. Beverly was predeceased by her husband, Robert “Whitey” in 1999; son, Gary in 2005; and grandson, Scott in 1999. Surviving are her daughters, Penny Smith of Baldwinsville and Pamela Mandigo of San Diego, California; sons, Alan of Tacoma, Washington, Craig of Encinitas, California, Kirk of Glendale, Wyoming, and Robert and Timothy, both of Littleton, Colorado; honorary daughter, Dorie Messina of Camillus; sister, Doris Herrick of Framingham, Massachusetts; brother, John Quist of Liverpool; many grandchildren and great-grandchildren. Relatives and friends may call Tuesday, October 11 from noon to 1 p.m. at the Buranich Funeral Home, 5431 W. Genesee St., Camillus. A memorial service will follow at 1 p.m. at the funeral home with Rev. Janet Fechner-Pelletier officiating. Beverly will be laid to rest in Onondaga County Veterans Memorial Cemetery. In lieu of flowers, contributions may be made to Alzheimer's Association of Central New York, 441 W. Kirkpatrick St., Syracuse, NY 13204.
To order memorial trees or send flowers to the family in memory of Beverly Jean Mandigo, please visit our flower store.