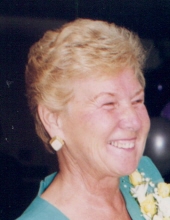 Beverly (Teachout) J. Taylor, 82, of Henderson Harbor, formerly of Syracuse, passed away at Elderwood at Liverpool. Born and raised in Syracuse, she moved to Henderson Harbor in 1993 and enjoyed spending her winters in Port Charlotte for over 30 years. She was employed at Syracuse China for over 40 years retiring in 1993 as a finisher. Beverly enjoyed cooking and spending time with her family, especially her grandchildren

Beverly was predeceased by her husband, Robert J. in 2002, parents, Charles and Inez Teachout, 6 brothers and 3 sisters.

A celebration of life will be held at a later date.

In lieu of flowers, contributions may be made to Henderson Fire Department, 8939 NY-178, Henderson, NY 13650.
To order memorial trees or send flowers to the family in memory of Beverly (Teachout) J. Taylor, please visit our flower store.