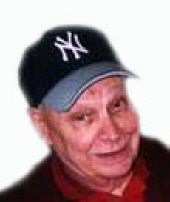 Carbino “Cavey” Santa Ferrara, 92, of Fairmount, passed away Monday, August 10, 2009 at Community General Hospital. Born in Superior, Wyoming on Wednesday, May 30, 1917, he was the son of Carmen and Livia DeOrazio Santa Ferrrara. He lived in Fairmount for more than 50 years. From 1933 to 1939, Carbino served in both the National Youth Administration and Conservation Corps. A Marine Corps veteran of World War II, he was stationed in Guadalcanal and received the Conspicuous Service Cross in 1996. He was a life member of the Greater Syracuse Marine Corps League and the VFW Post 5284. Carbino received his high school diploma in 2005 via the Operation Recognition program. He was employed by the U.S. Postal Service in North Syracuse for 30 years, retiring in 1974. He was also a former school bus driver for West Genesee High School and owned and operated his own restaurant. A communicant of Holy Family Church, he was a member of the Holy Name Society. He was also a member of the Disabled American Veterans, Chapter 30. Carbino enjoyed woodworking, card playing, bowling and was a die-hard Yankee fan. On January 11, 1946, he married Marie Nuzzo. She died in July 1975. In May 1978, he married Maria Estelle Romano. Carbino was a loving husband, father, grandfather, great-grandfather, stepfather, stepgrandfather, uncle and friend. Surviving are his wife of 31 years, Maria; son and daughter-in-law, Carmen and Teri of Westvale; daughter and son-in-law, Livia and Lynn Blakeslee of Camillus; step daughter, Karen (Greg) Kidd of Pompey; sisters and brother-in-law, Angie Williams of Fairmount and Genevieve and Joseph Ortolo of Florida; brother and sister-in-law, Joseph and Joan Santa Ferrara of Bridgeport; grandchildren, Todd (Stella) Germain, Carmen, Nicholas and Jason Santa Ferrara; great-granddaughters, Anna, Carli, Gianna, Ellysia and Maya; step grandchildren; and several nieces, nephews and cousins. Services will be Thursday, August 13, 2009 at 10 a.m. in Holy Family Church where a funeral Mass will be celebrated. Relatives and friends may call Wednesday, August 12, 2009 from 4 to 7 p.m. at Buranich Funeral Home, 5431 W. Genesee St., Camillus. Carbino will be laid to rest in Assumption Cemetery. In lieu of flowers, contributions may be made to St. Jude Children's Research Hospital, 501 St. Jude Place, Memphis, TN 38105.
To order memorial trees or send flowers to the family in memory of Carbino 'Cavey' Santa Ferrara, please visit our flower store.