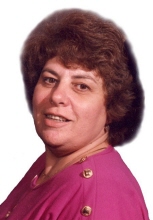 Carol A. Forsythe Barkley, 62, of 117 Robinhood Lane, Camillus, passed away Sunday, August 2, 2009 at home. She was born in Syracuse on Tuesday, September 24, 1946. A lifetime resident of the Camillus area, she was a 1965 graduate of West Genesee High School. Carol was employed by Hofmann's Sausage Co. for 14 years. She was also formerly employed by City Electric, Witherill's and Charette Bros. Appliances & Moving as a sales associate for many years. Carol was a former member of the Thursday Night Golf League at Poolsbrook Golf Course in Kirkville and ran the Booster Booth for West Genesee Marching Band from 1994-1998. She enjoyed camping at Brennan's Beach. Carol was predeceased by her husband, Fred on May 17, 2000; and parents, Gordon and Rita Forsythe. Surviving are her daughter, Meghan Barkley (fiancé Kyle Kenyon) of Camillus; nieces, Rebecca Tice of Camillus, Debbie Pettus of Detroit, Michigan and Peggy Quilliams of Anniston, Alabama; nephews, Robert and James Kaljeskie, both of Solvay, and Doug Quilliams of Anniston, Alabama; and several cousins in the Syracuse area. Services will be at 11:30 a.m. Thursday, August 6, 2009 at the Buranich Funeral Home, 5431 W. Genesee St., Camillus with Rev. Frederick Pompei officiating. Relatives and friends may call Wednesday, August 5, 2009 from 4 to 7 p.m. at the funeral home. Carol will be laid to rest in Onondaga County Veterans Memorial Cemetery. Contributions may be made to West Genesee Marching Band, 5201 W. Genesee St., Camillus, NY 13031.
To order memorial trees or send flowers to the family in memory of Carol A. Forsythe Barkley, please visit our flower store.