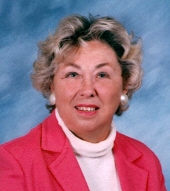 Carol Brennan, 70, of Camillus, passed away suddenly Saturday, January 31, 2009 at home. Born in Syracuse on Wednesday, April 6, 1938, she was the daughter of Stephen Mack and Irene Matejkowski Mack. She lived in Camillus for 40 years. Carol was a graduate of Central High and received her bachelor's degree from Syracuse University and master's degree from Seton Hall University. She was a teacher and guidance counselor for many years, retiring in 1993 from the Chittenango Central School District. Carol was a communicant of St. Joseph's Church. She was an avid bridge player and enjoyed tennis. Her husband, John J. Brennan, died October 21, 1998. Surviving are her sons and daughters-in-law, Gary and Deidre Brennan of Liverpool and John and June Brennan of Orchard Park; brother, Ron Mack of Poulsbo, Washington. Carol will also be sorely missed by her grandchildren, Justine, Charlotte, Shayleen, Grant and Phoebe whom she spent much time with and enjoyed vacationing with, especially at Disney in Florida. Services will be at 10:30 a.m. Thursday, February 5, 2009 in St. Joseph’s Church where Rev. Michael Galuppi will celebrate a funeral Mass. Friends may call Wednesday, February 4, 2009 from 4 to 7 p.m. at the Buranich Funeral Home, 5431 W. Genesee St., Camillus. Burial will be in Onondaga County Veterans Memorial Cemetery, Syracuse. In lieu of flowers, contributions may be made to St. Joseph's Church Food Pantry, 5600 W. Genesee St., Camillus, NY 13031.
To order memorial trees or send flowers to the family in memory of Carol Ann Brennan, please visit our flower store.