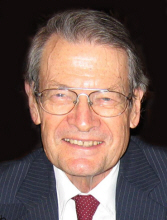 Charles E. Fehlau, 84, of Syracuse, died peacefully at home on Sunday, December 5, 2010 after a short illness. Born on Tuesday, August 10, 1926, he was raised in Lewiston, Maine and was the son of the late Rev. Edgar R. Fehlau and Esther (Pennekamp) Fehlau. After high school, Chuck enlisted in the U.S. Navy during World War II and served in Argentia, Newfoundland. He graduated Magna Cum Laude from Bates College in Maine in 1949 and was awarded the Phi Beta Kappa key, then attended Columbia University. He married Lois R. Javier of Darien, Connecticut in 1951. Chuck started his 40-year career with General Electric in 1951, becoming an engineering manager in the Heavy Military Electronics Department. Chuck was a member of Trinity Lutheran Church for over 20 years, where he served as president of the congregation and other offices. He later joined Faith Lutheran Church in Cicero and lately St. Michael's Lutheran Church in Camillus. He also served in the Lutheran Campus Ministry at Syracuse University for many years. Chuck was a long-time member of the U.S. Power Squadron and was a licensed navigator. He taught navigation courses for the Power Squadron for many years. He was an avid sailor and a member of the Skaneateles Mid-Lakes Yacht Club and the Onondaga Lake Yacht Club, sailing in the weekly boat races. Chuck was an outdoor person enjoying the trails of Beaver Lake and Baltimore Woods. He enjoyed singing in church choirs and was a member of the Oasis Senior Chorus. Chuck was predeceased by his sister, Ruth Prince of Tennessee; and brother, Paul Fehlau of Massachusetts. Surviving are his loving wife of 59 years, Lois; daughter, Patricia Nickles of Ithaca; sons, Eric (Cindy DeMares) Fehlau of Dyer, Indiana, Karl Fehlau of Syracuse and Kenneth Fehlau of Chino Hills, California; eight grandchildren; and one great-grandchild; sister, Lois Kemp of North Carolina; brother-in-law, Conrad S. Javier; and several nieces and nephews. Relatives and friends may call Saturday, December 11 from 10 to 11:30 a.m. at St. Michael's Lutheran Church. Services will follow at 11:30 a.m. in the church. Burial will be in the spring in Mt. Auburn Cemetery, Auburn, Maine. In lieu of flowers, contributions may be made in Chuck’s name to St. Michael's Lutheran Church, 5108 W. Genesee St., Camillus, NY 13031.
To order memorial trees or send flowers to the family in memory of Charles E. Fehlau, please visit our flower store.