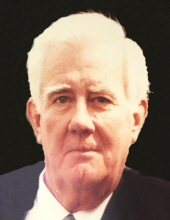 Charles "Chuck" Thomas Cooney Jr., 87, of Fairmount, passed away Sunday, February 12, 2017 at St. Joseph's Hospital Health Center after a short illness. Born in Brooklyn on November 14, 1929, he was the son of Charles Cooney Sr. and the former Evelyn Fay. He moved to Syracuse as a young boy. While far too young to enlist during World War II, he contributed to the war effort by working at the old Amboy Airport in its role training pilots for the Army Air Corps as a young man.

A graduate of Central High School, Chuck studied for one semester at Cornell University before transferring to Syracuse University where he met his future wife, Joan Francis. While attending SU, he was one of the first members of the newly established Air Force Reserve Officer Training Corps. Graduating in 1954 with a degree in metallurgical engineering, he was commissioned a second lieutenant in the Air Force shortly thereafter and married Joan.

Serving in the Air Force for eight years and achieving the rank of captain, Chuck was a member of the renowned 317th Fighter Squadron when it was recognized as the best squadron in the Air Force and awarded the prestigious Hughes Trophy. At the conclusion of his service, Chuck returned to Syracuse with his wife and children.

Chuck initially worked for the State of New York as a civil engineer on such projects as Interstate 81 and the Seneca Turnpike Hill in Onondaga Valley. In the late 60s, Chuck joined Carrier Corporation as a materials engineer and enjoyed a successful 25 year career that included inventing, along with three coworkers, a patented, corrosion resistant liquid heating module.

Along with his many professional accomplishments, Chuck gave of himself to the community in many ways. Active in Holy Family Church for over 50 years, he was a choir and Nocturnal Adoration Society member, an active participant in the church renovation council, lector, and Eucharistic minister, personally delivering the sacrament of Holy Communion to the homebound of the parish.

Chuck was also a tireless supporter of competitive swimming, officiating at swim club, high school and collegiate swim meets for over 30 years, and serving as president of the Camillus Swim Club for a period of time. "Charlie," as his fellow swim officials affectionately called him, spent countless hours organizing officiating schedules to ensure coverage at meets, and travelling the often times snow covered roads all across Upstate New York to officiate swim meets himself. His noteworthy commitment and exceptional skills were honored by USA Swimming with the presentation of the Maxwell Excellence Award in 2002.

Active in local government, Chuck was a member of the Town of Geddes Board of Assessment Review and a chairman for the Republican Party Committee. He was a responsible and dedicated citizen of his community and set an example for others to follow.

While Chuck enjoyed many things, including studying history, watching his SU sports teams, and listening to classical music, what gave him the most joy was spending time with his devoted wife and seeing his four children grow and thrive in the life he gave them.

Relatives and friends may call Wednesday, February 15 from 4 to 7 p.m. at the Buranich Funeral Home, 5431 W. Genesee St., Camillus.

A funeral Mass will be celebrated Thursday, February 16 at 12:30 p.m. in Holy Family Church. Chuck will be laid to rest in St. Mary's Cemetery, DeWitt.

In lieu of flowers, contributions may be made to Holy Family Church, 127 Chapel Dr., Syracuse, NY 13219.

Share condolences at www.BuranichFH.com
To order memorial trees or send flowers to the family in memory of Charles Thomas Cooney Jr., please visit our flower store.