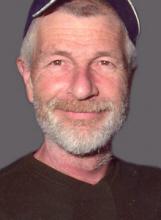 Daniel R. Zimmerman, 56, of Westvale, passed away Monday, March 22, 2010 at home. Born in Syracuse on Friday, October 23, 1953, he lived in Westvale for the past 30 years. He was a graduate of West Genesee High School and a veteran of the Air Force. Daniel was a lineman for over 20 years with Verizon and was previously employed by Roderick & Johns. His faith in God was very strong and his family meant the world to him. He was predeceased by his mother, Elizabeth Bullock Zimmerman. Surviving are his wife of 34 years, the former Christine Szpak; daughter and son-in-law, Jaclyn and William DeRito of Baldwinsville; sons and daughters-in-law, Daniel and Carolyn of Fulton and James (Annmarie Reed) of Syracuse; adoring grandsons, Tyler, Zachary, Evan, Carter, Justin and Dominic; father, Edwin (Jessie) Zimmerman of Chittenango; sisters and brothers-in-law, Nancy and Gregory Abdo of Taunton and Kathryn and Daniel Donovan of Fairmount; brothers and sisters-in-law, Edward and Ellen of Derry, New Hampshire and John and Linda of Fayetteville; and several nieces and nephews. Services will be private. Relatives and friends may call Thursday, March 25 from 4 to 7 p.m. at the Buranich Funeral Home, 5431 W. Genesee St., Camillus. Daniel will be laid to rest in Howlett Hill Cemetery. In lieu of flowers, contributions may be made to Save One Dog Foundation, c/o Christine Zimmerman, 617 Cherry Rd., Syracuse, NY 13219
To order memorial trees or send flowers to the family in memory of Daniel R. Zimmerman, please visit our flower store.