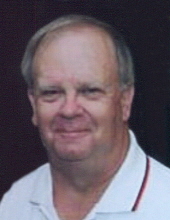 Dave Mathewson, 66, of Cicero, passed away peacefully Sunday, October 21, 2018 at home. At eight years old, Dave was first introduced to radio control (RC) airplanes by his father and a lifelong passion for the sport took flight. From the 70s into the 90s, Dave was an accomplished RC pilot with numerous championships in modeling competitions to his credit. In the late 90s, he became actively involved with the Academy of Model Aeronautics (AMA), first as associate vice president, then as vice president, and became president of AMA in 2008. In 2011, he was selected to be the executive director of AMA, a position he held until his retirement in April 2018.

Dave's love for aviation was not limited to RC model aircraft. In 1983, he became a licensed pilot of full scale aircraft and subsequently became the owner of Marcellus Airport.

Dave was predeceased by his parents, Myron and Anne Mathewson.

Relatives and friends may call Thursday, October 25 from 4 to 7 p.m. at the Buranich Funeral Home, 5431 W. Genesee St., Camillus.

Services will be private.

David will be laid to rest in St. Francis Xavier Cemetery, Marcellus.

In lieu of flowers, contributions may be made to AMA, 5161 East Memorial Dr., Muncie, IN 47302.
To order memorial trees or send flowers to the family in memory of Dave Mathewson, please visit our flower store.