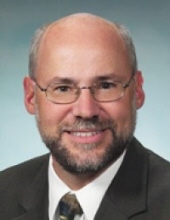 David J. de Silva, 63, of Syracuse, passed away on January 1, 2022. Born on April 27, 1958 to the late Raymond J., Jr. and Veronica J. (Savage) de Silva, David lived his entire life in the Central New York area. From a young age, David was very active in Boy Scouts and earned the rank of Eagle Scout in 1974. As his Eagle project, David co-founded and led a Boy Scout Troop for boys with developmental disabilities. He spent many summers at Hiawatha Council Camp Sabattis, including spending one summer on staff, and also many years as a scout leader. He graduated from West Genesee High School in 1976 and Le Moyne College in 1980, where he received a degree in accounting. Upon graduation, David began working at Dermody, Burke and Brown, CPAs and was mentored by founding partner Robert Dermody, Sr. He developed a specialty in not-for-profit accounting, becoming a partner in 1991.

Early in his career, with the assistance of others, he developed and managed the Firm’s not-for-profit niche, which served over 100 organizations in Central New York, until his retirement in 2021. David provided services to a variety of not-for-profit organizations, including fine arts, foundations, human service providers, healthcare organizations and facilities, and assisted living facilities. David was a member of the New York State Society of Certified Public Accountants (NYSSCPA) and the American Institute of Certified Public Accountants (AICPA). He received the AICPA certificate of achievement in governmental and nonprofit accounting and auditing.

The UAA Committee oversees the UAA and related Model Rules and recommend amendments to the Board of Directors of NASBA and the AICPA. David also served a number of years on NASBA’s Education Committee.
Considered an expert in his field, David was often called upon to consult on domestic not-for-profit issues. David was an active member of The Century Club of Syracuse and served as a Trustee and Treasurer for six years. He also served on the House Committee for several years. He was a member of the Rotary Club of Syracuse and a Trustee, Treasurer and Past-President of its related Foundation. David was Treasurer of Laubach Literacy International and a founding board member and Treasurer of ProLiteracy Worldwide that has over 1000-member programs in the U.S. and 25 countries around the world.

He is a past Trustee of Crouse Hospital Health Foundation, past board member and Finance Committee chairman of the Syracuse Symphony Orchestra, and past board member of Girls Inc. (formerly Girls Club of Syracuse).
An avid golfer, David was a past member of Drumlins East and Cavalry Club. He was currently a member of Onondaga Golf and Country Club and enjoyed many rounds of golf with his “golf buddies”. David was also a long-time member of the Syracuse Golf Bandits and served as its Treasurer for nine years.

David is survived by his wife, Lisa (DiCaprio) and his many family members, friends and colleagues.