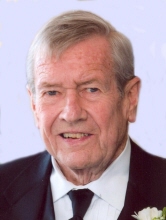 Donald J. Willenborg, 78, of Syracuse, passed away Wednesday, April 15, 2009at University Hospital, surrounded by family. Born in Hoboken, New Jersey on Friday, March 13, 1931, he was the son of Walter John Willenborg and Rosemarie Timken Willenborg. He lived in Syracuse for the past 28 years. In 1957 Donald received a Bachelor of Science degree in Business Administration from the University of Delaware and he was a member of Sigma Nu Fraternity. A Coast Guard veteran from 1953-1957 and the Reserves from 1957-1979, he retired with the rank of Commander. Donald was employed by Tremco Co. in Cleveland, Ohio for 16 years, retiring in 1992. He was also formerly employed by E.I. Dupont & Co. in Wilmington, Delaware from 1957-1966, Stauffer Chemical in Los Angeles, California from 1966-1968 and United Foam in Detroit, Michigan from 1968-1976. An avid World War II history fan, he also enjoyed woodworking, sailing, boat restoration and socializing with friends. Donald was predeceased by his parents, Walter and Rosemarie Willenborg and brothers, Walter, Carl and Richard Willenborg. Surviving are his wife of 44 years, the former April Leigh Robinson; sons and daughters-in-law, Erik and Dawn Willenborg of Marcellus and John and Kenan Willenborg of Atlanta, Georgia; and granddaughters, Alicia and Erica Willenborg. A memorial service will be at 5:30 p.m. Monday, April 20, 2009 at the Buranich Funeral Home, 5431 W. Genesee St., Camillus with Rev. Heather Williams officiating. Relatives and friends may call preceding the service from 4 to 5:30 p.m. at the funeral home. Donald will be laid to rest at a later date in Gracelawn Memorial Park, Wilmington, Delaware. In lieu of flowers, contributions may be made to Coast Guard Mutual Assistance, 4200 Wilson Blvd., Suite 610, Arlington, VA 22203-1804.
To order memorial trees or send flowers to the family in memory of Donald J. Willenborg, please visit our flower store.