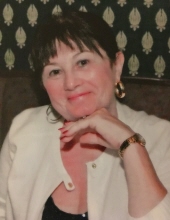 Dr. Annemarie Walsh, 68, passed away, surrounded by her family, at the Sunrise Hospital while visiting Las Vegas on Monday, December 19, 2016. Annemarie was born in Syracuse on September 1, 1948 to Ted and Helena Lenkiewicz. She attended high school at Sacred Heart Academy in Syracuse and went on to graduate with a Bachelor of Science degree from the State University College of New York in Buffalo in 1970 and a Master's Degree in Education in 1973. Annemarie married James E. Walsh III in 1970 in Syracuse. After honing her lifelong passion for education, teaching middle and high school in Buffalo and Syracuse, Annemarie and Jim moved to Lewisville, Texas in 1979.

In 1980, Annemarie was blessed to give birth to her son, James Luke Walsh. In 1992, Annemarie received her PhD in Consumer Science from Texas Woman's University in Denton, Texas. The family moved to San Antonio, Texas in 1992.

In 1993, Dr. Walsh became the director of the Fashion Management and Design Department at the University of the Incarnate Word until her retirement in 2007. During a 14-year career as chairwoman of the department, Dr. Walsh grew enrollment from less than 20 students to approximately 250 by 2007. She mentored hundreds of wonderful fashion students and conducted the Annual UIW Student Fashion Show as part of Fiesta San Antonio. In 1997, together with students representing the fashion and culture of every continent, Dr. Walsh and the UIW faculty and students produced a fashion show in Taiwan, China, representing North America and modeling and displaying student created clothing and designs. On December 13, 2008, the Board of Trustees of the university conferred upon Dr. Annemarie Walsh the title Professor Emeritus Fashion Management and Design.

Annemarie will be remembered as a caring and compassionate educator who dedicated her life to teaching and mentoring others and instilling in them a lifelong passion for learning.

A funeral Mass will be celebrated Saturday, May 27 at 10 a.m. in the Basilica of the Sacred Heart of Jesus, 927 Park Ave., Syracuse. Annemarie will be laid to rest in Sacred Heart Cemetery, Syracuse.

In lieu of flowers, the family requests memorial donations be made to the Dr. Annemarie Walsh Scholarship Fund at University of the Incarnate Word, 4301 Broadway St., San Antonio, TX 78209 or by calling the university at 210-829-6013.

Share condolences at www.BuranichFH.com
To order memorial trees or send flowers to the family in memory of Dr. Annemarie Walsh, please visit our flower store.

Basilica of the Sacred Heart of Jesus