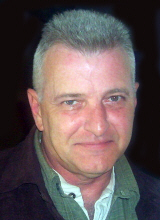 E. Jeffrey Crane, 51, of Syracuse, passed peacefully from this life on Sunday, April 24, 2011 at home surrounded by his loving family and loyal pets, after a courageous battle with cancer. He was born in Canandaigua on Tuesday, September 1, 1959. Jeff was a dedicated community servant having been employed by Catholic Charities for 17 years as a carpenter and most recently serving seven years with Onondaga County Probation as a probation officer and eight years as a criminal investigator for the Finger Lakes SPCA of CNY. He was also an avid volunteer and Eagle Scout with the Boy Scouts of America, and the NYSDEC Hunter Education Programs. Jeff was raised in Macedon attending Wayne Central High School and Monroe Community College. As an adult, Jeff and his family relocated to Auburn and eventually settled in Syracuse. At the age of 44, he returned to college obtaining a bachelor’s degree from Keuka College in 2007. Jeff was predeceased by his mother, Clara Ann Parulski Crane; father, Edward Charles Crane; stepmother, Dolores Crane; and his first wife, Josette Beauchemin Crane. Jeff's love and humor live on through his devoted wife, Julianne Swift Crane; and children, Andrea and Joshua Crane, Christina, Maria, and John Casaletta. He is also survived by his brother, Joseph Crane; sisters, Nita (Ron) Coble, Wanda Manasseri (Jeff Smith), and Lori Stahlman (Bob Swedenhjelm); members of the Swift and Beauchemin families; several nieces and nephews; and goddaughter, Emma Lou Wruck. Relatives and friends may call Wednesday, April 27 from 4 to 7 p.m. at Buranich Funeral Home, 5431 W. Genesee St., Camillus. A funeral Mass will be celebrated Thursday, April 28 at 10 a.m. in St. Patrick’s Church. Jeff will be laid to rest privately in St. John the Baptist Ukrainian Catholic Cemetery. In lieu of flowers, contributions may be made in Jeff’s memory to the Finger Lakes SPCA of CNY, 41 York St., Auburn, NY 13021 or blood donations to the American Red Cross.
To order memorial trees or send flowers to the family in memory of E. Jeffrey Crane, please visit our flower store.