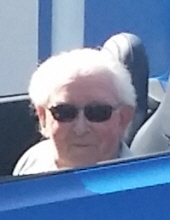 Edward J. Roe Jr., 70, of Syracuse, passed away Sunday, September 18, 2016 at St. Joseph's Hospital Health Center. A lifetime resident of the Syracuse area, Edward retired after 20 years from Carrier Corp. In 1989, he started his own business, Action Technical Services in Mattydale. He had a love for flying, having received his private pilot's license and a love of cars, especially corvettes and also Harley's. Edward was an exotic bird breeder.

Edward was predeceased by his parents, Edward and Helen Roe Sr.; and his second wife, Grace.

Relatives and friends may call Wednesday, September 28 from 4 to 7 p.m. at the Buranich Funeral Home, 5431 W. Genesee St., Camillus.

Services will follow at 7 p.m. at the funeral home. Burial will be private.

In lieu of flowers, contributions may be made to Hope for Bereaved, 4500 Onondaga Blvd., Syracuse, NY 13219.

Share condolences at www.BuranichFH.com
To order memorial trees or send flowers to the family in memory of Edward J. Roe Jr., please visit our flower store.