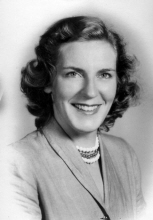 Lt. Col. Eileen D. Trudell (Ret.), 87, of Camillus, NY, passed away Wednesday, April 8 at St. Joseph’s Hospital Health Center, Syracuse. Born on February 7, 1922 in Tupper Lake, she was the daughter of Daniel and Ruth LeBoeuf Trudell. Her family moved to Utica where she graduated from Utica Free Academy in 1941 and received her registered nursing diploma from Atlantic City Hospital School of Nursing, Atlantic City, NJ in 1946 and earned her BSN degree at the University of Omaha, Omaha, NE. Eileen began her nursing career in Atlantic City, caring for injured soldiers returning from WW II. Later she practiced nursing at the Trudeau TB Sanitarium in Saranac Lake and the Homer Folks TB Hospital in Oneonta. She joined the Army Nurses Corps in 1951 and served with great dedication, energy and devotion until her retirement in 1974. She served in Korea, Japan, Germany, and Walter Reed Hospital in Washington D.C. She was awarded the Bronze Star Medal for outstanding meritorious service during the Vietnam War where she treated the wounded while under direct enemy fire. Eileen was a communicant of St. Joseph’s Church in Camillus. A very generous person, she loved spending time with her family and spoiling them. She also enjoyed sewing and collected fabric from all over the world. Eileen is survived by nieces, Sarah Ryerson of Los Angeles, CA and Elizabeth (Larry) Reyes of Rome; nephew, John (Andrea) Ryerson of New Brunswick, Canada; great-nephews, Daniel Reyes of Cleveland, OH and Michael Reyes of Savannah, GA; and cousin, Eleanor LeBoeuf Pisanchin of Tupper Lake. Eileen was predeceased by her sisters, Rita Gilmore of Johnson City, TN and Gladys Ryerson of Holland Patent. A graveside service will be 1:30 p.m. Friday, May 8 in Holland Patent Cemetery. Arrangements are by the Buranich Funeral Home, Camillus, NY. In memory of Eileen, please consider contributions to the Disabled American Veterans or to the Humane Society.
To order memorial trees or send flowers to the family in memory of Eileen D. Trudell, please visit our flower store.