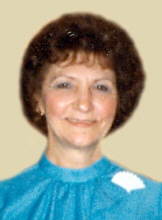 Helen A. Bowles, 82, of Syracuse, passed away Wednesday, September 21, 2011 at St. Joseph’s Hospital Health Center. A lifetime resident of the Syracuse area, she was born on Sunday, March 10, 1929 and was the daughter of Stephen Hoosock and Anna Halczyn Hoosock. She retired from American Linen, formerly known as Atlas Linen & Supply Co. Helen’s passion was spending time with her family, especially her grandchildren and great-grandchildren. She enjoyed playing cards, Bingo, crossword puzzles and baking. Helen was predeceased by her husband, Robert; brother, Edward Hoosock; and granddaughter, Chrishell McLaughlin Agonito. Surviving are her daughter and son-in-law, Debra and Thomas Luhr of Camillus; sons and daughter-in-law, James R. Bowles of Syracuse and William S. and Doris Bowles of Fairmount; sister, Sophie Basarab of Fulton; brother, Stephen Hoosock of Syracuse; nine grandchildren; 12 great-grandchildren; and several nieces and nephews. Relatives and friends may call Friday, September 23 from 4 to 7 p.m. at Buranich Funeral Home, 5431 W. Genesee St., Camillus. Funeral services will be Saturday, September 24 at 9 a.m. at the funeral home. Helen will be laid to rest in Onondaga Valley Cemetery. In lieu of flowers, contributions may be made to the American Cancer Society, 6725 Lyons St., P.O. Box 7, East Syracuse, NY 13057.
To order memorial trees or send flowers to the family in memory of Helen A. Bowles, please visit our flower store.