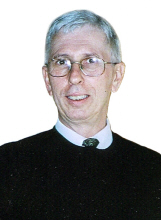 If you ever had a chance encounter with James M. Evanoff, odds are he made you smile. If you were fortunate enough to know him, he changed your life. Jim, 59, passed away Sunday morning at Shady Grove Adventist Hospital in Rockville, MD after a year-long battle with cancer and a lifetime of bringing joy, laughter and kindness to family, friends and strangers. Blessed with a quick wit and even sharper mind, Jim had the kind of charisma rarely found in the absence of celebrity. People were drawn to him, and he never disappointed. People were Jim’s personal playground. He loved to have fun, and he made sure everyone around him did, too. Jim enjoyed many sports, particularly baseball, but golf was his passion. He was a District Junior Champion in his native Syracuse, NY and won many local events in the Rockville, MD area, including the last tournament he entered in June right after his illness recurred. No coincidence that he so loved a game whose roots are firmly planted in the values of honesty, integrity and camaraderie. Jim’s other passion was food. The only thing he enjoyed more than cooking was eating. Watching Jim work a charcoal grill was like watching Picasso paint. And, when he would proclaim, “There won’t be any leftovers,” no truer words were ever spoken. Jim graduated from Nottingham High School in 1968 and later attended Syracuse University. He moved to Washington D.C. in 1974 where he served as a civil rights investigator for the federal government’s Revenue Sharing Program. He most recently served as a customer service representative for PEPCO Holding Co. Jim will be greatly missed, but, more importantly, he will be long and fondly remembered. Jim had formerly resided in Syracuse, NY, Washington, D.C. and Liverpool, NY before moving to Rockville. He was a communicant of St. Nicholas Cathedral in Washington, D.C. and SS Peter & Paul Church in Syracuse. He was a member of IBEW 1900 Electrical Workers. Jim was predeceased by his mother, Petra Mitre Evanoff and father, Theodore Vasil Evanoff. Surviving are his loving wife of 19 years, Marti (Martha) Metrick Evanoff; sisters, Mary (Dean) Patton of Peoria, IL, Anna Evanoff Viruet of New York, NY, Christina Brown of Syracuse, Theodora Pappas of Lackawanna, Stephanie (Thomas) McNicholas of Napa, CA and Victoria (Rastko) Trbuhovich of Lackawanna; and 37 loving nieces and nephews. Relatives and friends may call Thursday from 6 to 9 p.m. at the Buranich Funeral Home, 5431 W. Genesee St., Camillus. Panikhida services will be at 7 p.m. Services will be at 9:15 a.m. Friday at the funeral home and at 10 a.m. in SS Peter & Paul Russian Orthodox Church, 401 Hamilton St., Syracuse. Jim will be laid to rest in St. Michael's Russian Orthodox Cemetery, East Syracuse. In lieu of flowers, contributions may be made to St. Andrew’s Camp, 1280 State Rte. 49, Cleveland, NY 13042 or to http://www.standrewscamp.com/wish.php
To order memorial trees or send flowers to the family in memory of James (Dimitri) Metody Evanoff, please visit our flower store.