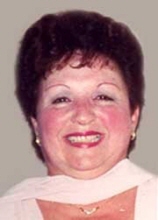 Jane Anne Scafire, 66, of Camillus, passed away Tuesday, December 20, 2011 at home. Born in Syracuse on Thursday, October 4, 1945, she was the daughter of Fredrick Bressette and Beverly Joan Christian Bressette. A lifetime resident of Camillus, Jane loved her grandchildren and enjoyed spending time with them and traveling. She was a member of the American Legion Women's Auxiliary Post 1832 Mattydale. Surviving are her husband, Eugene; daughter and son-in-law, Kimberly and Anthony Dantuono of Solvay; son and daughter-in-law, Michael and Liane Godbold of Camillus; stepchildren, Gina Farley and Brian Scafire, both of Syracuse; brother, Ray Highbrown of Minoa; sisters, Donna Prince of Solvay, Carol Polak of Rochester and April Nuzzi of Hudson, Florida; seven grandchildren; and several nieces, nephews and cousins. Relatives and friends may call Thursday, December 22 from 4 to 7 p.m. at the Buranich Funeral Home, 5431 W. Genesee St., Camillus. Services will be at 11 a.m. Friday, December 23 at the funeral home with Rev. Tanya Atwood-Adams officiating. Jane will be laid to rest in Greenlawn Cemetery, Warners. In lieu of flowers, contributions may be made to the American Cancer Society, 6725 Lyons St., P.O. Box 7, East Syracuse, NY 13057.
To order memorial trees or send flowers to the family in memory of Jane Anne Scafire, please visit our flower store.