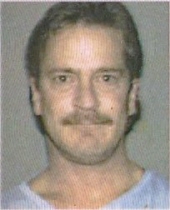 Jeffrey M. Abbott, 49, of Syracuse, passed away Monday, January 12, 2009 at St. Joseph’s Hospital. Born in Northridge, California on Thursday, April 23, 1959, he lived in the Syracuse area for 35 years. Jeffrey was a graduate of Jordan-Elbridge High School where he was a drum major and played the clarinet. He also attended OCC where he studied music. He worked for different agencies in the Syracuse area as a caregiver. Jeffrey was an organ donor. Jeffrey was predeceased by his brother, Josef Anthony Abbott, who died in 1984. Surviving are his parents, John and Justine Kovacs Abbott of Elbridge; brothers, John Darren Abbott of Elbridge and Jerome David Abbott of Fayetteville; life partner, Michael Scherr of Syracuse; aunts, uncles and cousins; and nephew, Christopher John Abbott. Services will be at 10:30 a.m. Friday, January 16, 2009 in St. Joseph’s Church where a funeral Mass will be celebrated. Friends may call Thursday, January 15, 2009 from 4 to 7 p.m. at the Buranich Funeral Home, 5431 W. Genesee St., Camillus. Spring burial will be in St. Mary's Cemetery, Skaneateles. In lieu of flowers, contributions may be made to Brain Aneurysm Foundation, 269 Hanover St., Bldg. 3, Hanover, MA 02339.
To order memorial trees or send flowers to the family in memory of Jeffrey M. Abbott, please visit our flower store.