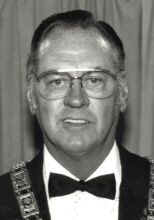 John F. Bench Jr., 81, the original Johnny Bench, the pitcher not the catcher, of Camillus, passed away Thursday at home. Born and raised in North Syracuse, he moved to Camillus-Elbridge area in 1959 where he owned and operated Long John's Grocery Store. An all-star athlete in high school, Jack participated in basketball, football, track and baseball. Prior to entering the Navy, he was a pitcher for the Boston Braves Farm League in the A, B and C Divisions. Jack was a pipe fitter for his father's plumbing business in North Syracuse. He was a member of several leagues at the former Raab's Bowling Alley in Camillus. Jack was a charter member of the Camillus Elks Lodge #2367, having held several chairs, including Exalted Ruler. He was also a member of the Teamsters Local #317, VFW Post, Woodpecker Club and American Legion Post #239. A former employee of Loblaws, Acme Markets and Coca-Cola, Jack retired from New Penn Motor Express. After retirement, he enjoyed working at the NYS Fair for several years. Jack was predeceased by his parents, John and Bernice Bench Sr.; and sister, Lillian Jane. Surviving are his wife of 53 years, the former Carolyn Forward; daughter, Robyn White (Tad Barrett) of Weedsport; son, Robert (Linda) of San Antonio, Texas; grandchildren, Shawn, Courtney, Francisca and Lhiza; three great-grandchildren; and several nieces, nephews and cousins. Relatives and friends may call Sunday from 1 to 4 p.m. with Camillus Elk’s Lodge service at 3:30 p.m. at Buranich Funeral Home, 5431 W. Genesee St., Camillus. Services will be at 11:30 a.m. Monday at the funeral home. Jack will be laid to rest in Onondaga County Veterans Memorial Cemetery. In lieu of flowers, contributions may be made to the Camillus Elks Lodge #2367, P.O. Box 396, Camillus, NY 13031.
To order memorial trees or send flowers to the family in memory of John F. Bench Jr., please visit our flower store.