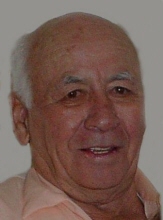 John Gaza, 88, of Syracuse, passed away Tuesday, September 15, 2009 at Community General Hospital. Born in German Township, Pennsylvania on Saturday, March 26, 1921, he was the son of Paul Gaza and Alizbeta Bumbal Gaza. Following graduation from Marcellus High School, he enlisted in the Army. He served in the Pacific Corridor during World War II. He was stationed in the Philippines and participated in the disarmament of Japan. John often spoke with high regards of friends he made in the service and the citizens of the Philippines and Japan. Following his service in the military, John spent some time in Florida but made his way back to the Syracuse area where he met and married Marjorie Bero. They were married in 1955. She survives him along with their four daughters, Kathy, Lisa (Bill), Emily and Meg (Eric); brother, Joe Gaza; grandchildren, Devin, Rhea, Talon, Tyler, Nicole, Willa, and John. John was a general contractor for nearly sixty years. He built and remodeled many homes, mostly in the Camillus and Fairmount area. He had many friends in the trade. John enjoyed spending time with them bowling, fishing, hunting and playing poker. He often reminisced of the good times he had with them. He was a former member of the Camillus Elks and Solvay Moose Club. Graveside services will be at 2 p.m. Saturday, September 19, 2009 at Greenlawn Cemetery, Warners. The family will greet friends Saturday from noon to 1:30 p.m. at the Buranich Funeral Home, 5431 W. Genesee St., Camillus. Contributions may be made to Alzheimer's Association of CNY, 441 W. Kirkpatrick St., Syracuse, NY 13204.
To order memorial trees or send flowers to the family in memory of John Gaza, please visit our flower store.