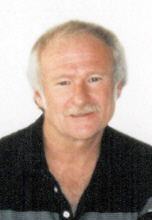 Joseph B. Costello II, formerly of Syracuse, passed away unexpectedly on Monday, December 6 in Divide, CO. Joe was raised in Syracuse and moved to Colorado in 1978. He started working at the NY Telephone Co. when he was 18 and transferred to the U.S. West Telephone Co. in Colorado Springs, retiring in December 2000. He was a lineman up until the last five years when he worked as a contract supervisor. Joe also served in the U.S. Marine Corps, stationed in Okinawa. He was always known to live life to the fullest. He was a very social person who made friends easily. A true outdoorsman, he enjoyed fishing, hunting, camping and hiking. He loved his “toys,” especially his Harley Davidson bikes and ‘31 Roadster, and traveled across the country in them. Surviving are his mother, Ada L. Costello of Camillus; sisters, Judy Malone of Snellville, GA, and Cindy Costello and Sharon Seeley, both of Camillus; and several nieces and nephews. Relatives and friends may call Saturday from 2 to 4 p.m. at the Buranich Funeral Home, 5431 W. Genesee St., Camillus. Services will follow at 4 p.m. from the funeral home. In lieu of flowers, contributions may be made to the National Kidney Foundation of CNY, 731 James St., #200, Syracuse, NY 13203.
To order memorial trees or send flowers to the family in memory of Joseph B. Costello II, please visit our flower store.