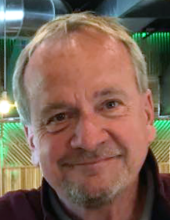 Kevin John Walsh, 67, of Hamilton, formerly of Syracuse, passed away unexpectedly Wednesday in a location near and dear to his heart and childhood home. Kevin was a successful local entrepreneur, real estate businessman and dedicated and loving family man and friend. A lifetime resident of the Syracuse area, he attended Christian Brothers Academy and graduated from West Genesee High School. He attended Cayuga Community College and became an office manager at Bliss Steel. Shortly thereafter, Kevin worked in car sales and became a restauranter, real estate investor and landlord. For the next 25 years, he was the originator and owner of KJ Mechanical in Syracuse, an electrical and gas-line business, specializing in in-ground pools. He was a communicant of Holy Family Church and a member of the Lake Moraine Association, where he formerly served as a board member for several years.

Kevin was a sport’s enthusiast. Participating in basketball during his childhood years, he later developed a lifetime passion for golf, becoming a member at several courses in CNY. A 30-year Syracuse University ticketholder of football and basketball, Kevin often participated in a popular SU sport blog, under the name “ORRange”. He loved traveling around the country in his RV with his family, relishing each new experience and person he had the pleasure and honor to meet. Any time with his family was precious to Kevin, especially with his two children, who were his world, bragging rights, and sun and moon. His wife of 31 years was the love of his life, best friend, and confidante. The second of four boys, Kevin remained close to his three brothers as well, each a constant source of support, love and encouragement for the others.

Kevin was predeceased by his parents, James and Joan; and sister-in-law, Arla Walsh.

In lieu of flowers, contributions may be made in Kevin’s name to Upstate Golisano Children’s Hospital, 1 Children’s Circle, Syracuse, NY 13210, in recognition of the exceptional care and kindness showed to his daughter over the past several decades.

To order memorial trees or send flowers to the family in memory of Kevin John Walsh, please visit our flower store.