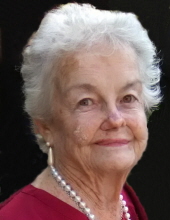 Marie C. Kane, 90, of Camillus, passed away Friday, April 26, 2019 at St. Joseph’s Hospital. A lifetime resident of Syracuse, she was a graduate of Most Holy Rosary School and Le Moyne College, where she met her husband. She was a communicant of St. Joseph's Church.

Marie was a beloved, loving and devoted wife and mother who will be sorely missed by all.

A funeral Mass will follow at noon in the church. Marie will be laid to rest in St. Mary's Cemetery, DeWitt.

In lieu of flowers, contributions may be made to Francis House, 108 Michaels Ave., Syracuse, NY 13208.
To order memorial trees or send flowers to the family in memory of Marie C. Kane, please visit our flower store.