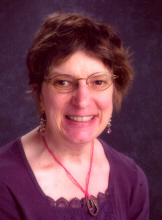 Marilyn J. Holm, 50, of Memphis, passed away Thursday, April 29, 2010 at University Hospital. Born in Schenectady on Tuesday, August 4, 1959, she moved to Syracuse in 1983 and lived in the Jordan-Elbridge area for the last 10 years. Marilyn was a 1983 graduate of SUNY Potsdam with a bachelor’s degree in psychology and was employed with the Jordan-Elbridge School District for 10 years. She was a member of the S.E.I.U. Local 200 United Teachers’ Assistant Union. A martial artist, Marilyn received her 2nd degree black belt in Karate and enjoyed teaching, especially children. She loved her two Westies, Rosie and Duffy. Marilyn was predeceased by her father, Lester J. Monroe in 1989. Surviving are her husband of 27 years, Brian of Memphis; daughter and, fiancé, Alison Holm and Shane McCarty, of Memphis; mother, Eleanor Monroe of Brant Lake; brother and sister-in-law, Dr. Timothy (Diane Cotter) Monroe of Gouverneur; brother-in-law, Chris (Terry) Holm of Fairport; sisters-in-law, Karen (Richard) Powell of White River Junction, Vermont, Pamela (Michael) Marmon of Hastings, Lisa (Jeff) Howard of Chittenango, and Amy (Jeff) Loan of Syracuse; uncle, Edmund F. Tomac of Queensbury; and several nieces, nephews and cousins. A funeral Mass will be celebrated at 10:30 a.m. Monday, May 3 in St. Joseph’s Church. Relatives and friends may call Sunday, May 2 from 1 to 4 p.m. at the Buranich Funeral Home, 5431 W. Genesee St., Camillus. Marilyn will be laid to rest in Greenlawn Cemetery, Warners. Contributions may be made to one’s favorite charity.
To order memorial trees or send flowers to the family in memory of Marilyn J. Holm, please visit our flower store.