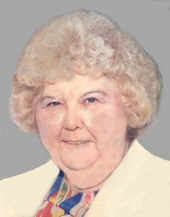 Marjorie Becker Ingier, 86, of Fairmount, passed away Sunday, March 14, 2010 at Crouse Hospital surrounded by her family. Born in Boonville on Saturday, June 23, 1923, she was the daughter of Earl Becker and Evelyn Denslow Becker. She was a lifetime resident of the Syracuse area. Marjorie was a graduate of Valley High School and was involved in the street lights and Fairmount Association being built in the 1950s. She retired in 1978 after being employed more than 23 years with the West Genesee Central School District. Marjorie will be remembered for her jovial laugh, her love for her family and her generosity. She was a former member of St. Michael's Lutheran Church, secretary of the P.T.A. and Cub Scout leader. She enjoyed traveling, spending summers at her cottage on Panther Lake and spending time with her family, especially her grandchildren. Marjorie was predeceased by her husband of 41 years, Henry R. Ingier; brother, Earl Becker; and sister, Beverly Allison. Surviving are her son and daughter-in-law, Henry A. and Martha Ingier of St. Joseph, Michigan; daughter and son-in-law, Patricia and James Pasternak of Marcellus; grandchildren, Henry R. (Laura) Ingier, Todd V. Ingier, Gavin A. Ingier, Sarah E. (Luke) Entrup, Erica R. (Joel McNinch) Ingier and Jamie (John) Pasternak Darius; great-grandchildren, Taylor Ingier, Henry Ingier, Aaron Ingier, Emma Ingier and Amrin McNinch; sister, Melvina Bacich of Mattydale; and several nieces and nephews. A memorial service will be at 1 p.m. Wednesday, March 17 at the Buranich Funeral Home, 5431 W. Genesee St., Camillus. Relatives and friends may call preceding the service from 10 a.m. to 1 p.m. at the funeral home. Contributions may be made to the New York Heart Center, 1000 E. Genesee St., Syracuse, NY 13210.
To order memorial trees or send flowers to the family in memory of Marjorie Becker Ingier, please visit our flower store.