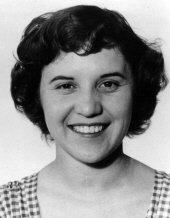 Marjorie J. (Bero) Gaza, 85, of Syracuse, passed away Monday, November 28, at her home. Born on the St. Regis (Akwesasne) Reserve on Monday, December 7, 1925, she was the daughter of Loran Bero and Josephine Sawatis. Following her graduation from Bombay High School, Marge moved to Syracuse to work at the General Electric plant during World War II. While in Syracuse, she met and married John Gaza. They made their home in Camillus and were married for 54 years. Marge was mother to four daughters, Kathy, Lisa (Bill), Emily, and Meg (Eric); and grandmother to Devin, Rhea, Talon, Tyler, Nicole, Willa and John. In addition to her children and grandchildren, Marge is survived by her best friend of over seventy years, Harriett Ellis; brother-in-law, Joseph Gaza; and many nieces and nephews. When her children were young, her house was full of their friends and laughter. She opened her doors to everyone and made sure no one left hungry. She enjoyed her part-time jobs, the garden club and a good game of Bingo. Most of all, she enjoyed the people she met along the way. Marge was predeceased by her husband, John Gaza on September 15, 2009. Relatives and friends may call Wednesday, December 14 from noon to 1:30 p.m. at Buranich Funeral Home, 5431 W. Genesee St., Camillus. Services will follow at 1:30 p.m. at the funeral home with Deacon Nick Alvaro officiating. Burial will be private. In lieu of flowers, contributions in Marge’s name may be made to one’s favorite charity.
To order memorial trees or send flowers to the family in memory of Marjorie J. Gaza, please visit our flower store.