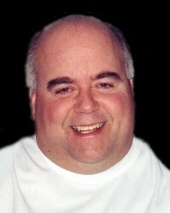 Mark S. Miller, 52, of Warners, passed away Monday, December 7, 2009 at St. Joseph’s Hospital Health Center. Born on Saturday, June 1, 1957, he was the son of Charles Samuel Miller Jr. and Elma Jane Weisbrod. A lifetime resident of the Syracuse area, he graduated from West Genesee High School and Onondaga Community College. Mark was employed by Case Supply for over 25 years. A member of Warners United Methodist Church, he enjoyed camping, golfing, going on trips and spending time with his family, especially his children. Mark was predeceased by his father, Charles Jr., on April 9, 2003. Surviving are his sons, Justin and Ryan, both of Warners; and his mother, Elma, also of Warners; sister, Darlene Cushman; and brother and sister-in-law, Gregory and Denise, all of Syracuse; and several nieces, nephews and cousins. Services will be at 9:30 a.m. Friday, December 11, 2009 at Buranich Funeral Home, 5431 W. Genesee St., Camillus with Rev. Caroline Simmons officiating. Relatives and friends may call Thursday, December 10, 2009 from 4 to 7 p.m. at the funeral home. Mark will be laid to rest in Greenlawn Cemetery, Warners. In lieu of flowers, contributions may be made to Warners United Methodist Church, 6514 Canton St., P.O. Box 127, Warners, NY 13164.
To order memorial trees or send flowers to the family in memory of Mark S. Miller, please visit our flower store.