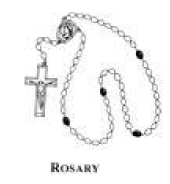 Mary A. Scripa, 87, of Camillus, passed away peacefully on Monday, April 18, 2011 at University Hospital. Born in Syracuse on Thursday, July 26, 1923, she was the daughter of Salvatore Settineri and Frances Puglisi Settineri. A lifetime resident of the Syracuse area, she was employed by B.G. Sulzle for 37 years, retiring in 2001. She was a communicant of Holy Family Church and enjoyed traveling and spending time with her family. Mary was predeceased by her husband of 33 years, Dominick A. Scripa, in May 1982; and brother, Joseph Settineri. Surviving are her sons and daughter-in-law, Randy Scripa of Camillus and Wayne Scripa and Julie Flanders of Marcellus; grandson, Nathaniel Scripa of Marcellus; sisters, Nancy Storto of Lyncourt and Frances Serrano of Manlius; brothers and sisters-in-law, Frank and Dora Settineri of East Syracuse and James and Jean Settineri of North Syracuse; sisters-in-law and brother-in-law, Grace and Mike Bandoblu of Syracuse and Mary Jane Donvito of North Syracuse; and several nieces and nephews. Relatives and friends may call Wednesday, April 20 from 4 to 7 p.m. at the Buranich Funeral Home, 5431 W. Genesee St., Camillus. Funeral services will be at 9:30 a.m. Thursday, April 21 at the funeral home and at 10 a.m. in Holy Family Church. Mary will be laid to rest in Assumption Cemetery. Contributions in memory of Mary may be made to Golisano Children's Hospital, c/o University Hospital, 750 E. Adams St., Syracuse, NY 13210.
To order memorial trees or send flowers to the family in memory of Mary A. Scripa, please visit our flower store.