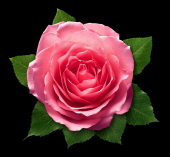 Mary Volsko Slowinski, 93, of Camillus, passed away Tuesday, December 8, 2009 at Community General Hospital. Born in Syracuse on Friday, March 24, 1916, she was the daughter of Julia and Stephen Volsko. While a teen, she relocated to the Lyndhurst, New Jersey area where she met and later married Matthew Slowinski in May 1935. It was there that she raised their three children before moving to Florham Park, New Jersey and eventually moving to Denville, New Jersey. At that time, Mary began working at Interpace Corp. in Parsippany. In 1973, Mary and her husband relocated to Titusville, Florida, but not long after that they moved to Syracuse and then to Marshalls Creek, Pennsylvania, where Matthew died. So it was back to Syracuse again for Mary but not for too long as she left there for Titusville, Florida and in 2000, back again to Camillus. During all these years, Mary enjoyed sewing beautiful clothes for herself and granddaughters. She was an expert baker of specialty Christmas and Easter bread which she shared with family and friends. She enjoyed spending time with her family. She was a child care provider with the First Baptist Church of Titusville and Fairmount Community Church. She was a communicant of St. Joseph’s Church in Camillus. Mary was predeceased by her husband, Matthew in 1982; daughter, Patricia Toth in 1999; brothers, Michael, Stephen and John Volsko; and sisters, Helen Mitchell and Margaret Rolince. Surviving are her sons and daughters-in-law, Matthew and Mary Lou Slowinski of Long Valley, New Jersey and Raymond and Mary Slowinski of Merritt Island, Florida; grandchildren, Lynn Slowinski of Kenton, Delaware, Matthew (Janice) Slowinski of Glen Gardner, New Jersey, Steven (Jamie) Slowinski of Stevensville, Maryland, Sally (Joseph) Lane of Tallahassee, Florida, Susan Toth of Madison, Wisconsin, Laura (David) Keefe of Cocoa, Florida, and Jennifer (Scott) Renander of Titusville, Florida; nine great-grandchildren; sisters, Anne Volsko and Irene Olcott, both of Camillus; brother -in-law, Edward Rolince of Fairmount; and several nieces and nephews. Services will be at 10 a.m. Monday, December 14, 2009 at the Buranich Funeral Home, 5431 W. Genesee St., Camillus and at 10:30 a.m. in St. Joseph’s Church where a funeral Mass will be celebrated. Relatives and friends may call Sunday, December 13, 2009 from noon to 2 p.m. at the funeral home. Mary will be laid to rest Tuesday, December 15, 2009 in Moravian Cemetery, Hope, New Jersey.
To order memorial trees or send flowers to the family in memory of Mary Volsko Slowinski, please visit our flower store.