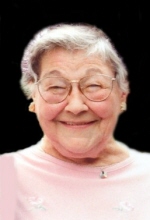 Merle Buckhout Judd, 90, of Fayetteville, died Tuesday, January 20, 2009 at Community General Hospital. Born in King Ferry on Tuesday, June 18, 1918, she was the daughter of Earle F. Buckhout and Edna Wilbur Aiken Buckhout. Merle moved to Syracuse when she was eight and Fayetteville in 1965. She was a 1936 graduate of Central High School. An accomplished international artist, some of Merle’s work has been on display at the Everson Museum, Chase Bank in DeWitt and the Munson-Williams-Proctor-Arts Institute in Utica. She also sold paintings on TelAuc auctions on PBS. An avid bell collector, Merle was a member of the American Bell Society. She worked as an air raid warden during World War II. She was also a former member of the Order of the Eastern Star. She attended First Baptist Church in Manlius. Merle was an avid pianist, private pilot, foster mom and lover of animals. She enjoyed lunch at Dave's Diner in Manlius followed by running errands and rides in the country. Merle’s husband, Leslie H. Judd Jr., died in 1993, son, Bruce A. Judd, in 2002 and brother, Stanley E. Buckhout, in 1993. Surviving are her daughter and son-in-law, Linda and Richard Barber of Jamesville; grandsons, Steven R. Barber of Eastwood and Douglas A. Barber of Syracuse; great-grandson, Leslie H. Barber-White of Rocky Mount, North Carolina; and many loved nieces and nephews. Services will be at 10 a.m. Monday, January 26, 2009 at the First Baptist Church of Manlius. Arrangements are by the Buranich Funeral Home, Camillus. Burial will be in White Chapel Memory Gardens, DeWitt. Contributions may be made to CNY SPCA, 5878 E. Molloy Rd., Mattydale, NY 13211 or to Humane Assn. of CNY, Inc., 4915 1/2 W. Taft Rd., Liverpool, NY 13088.
To order memorial trees or send flowers to the family in memory of Merle Buckhout Judd, please visit our flower store.