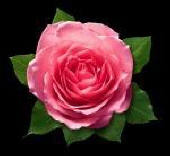 Norma K. (Dwyer) Maher, 91, of Camillus, passed away Tuesday, December 13, 2011 at Central Park Rehabilitation Center. Born in Syracuse on Wednesday, July 7, 1920, she was the daughter of Robert and Marjorie Dwyer. A lifetime resident of the Syracuse area, she was a graduate of Solvay High School. Norma was a former secretary at Solvay Process and Home Insurance. She was a communicant of Holy Family Church and enjoyed gardening, baking and spending time with her family. Norma was predeceased by her husband, Joseph Maher; sister, Virginia Prucker; and brothers, George, Robert, William and Thomas Dwyer. Surviving are her daughters and son-in-law, Maureen Maher of Syracuse and Jean and David Deserio of Bridgeport; son and daughter-in-law, James and Eva Maher of Escondido, California; brother and sister-in-law, Francis and Louise Dwyer of Liverpool; seven grandchildren; six great-grandchildren; and many nieces and nephews. Relatives and friends may call Tuesday, December 20 from 4 to 6 p.m. at the Buranich Funeral Home, 5431 W. Genesee St., Camillus. Services will be at 9:15 a.m. Wednesday, December 21 at the funeral home and at 10 a.m. in Holy Family Church where a funeral Mass will be celebrated. Norma will be laid to rest in Onondaga County Veterans Memorial Cemetery. In lieu of flowers, contributions may be made to Holy Family Food Pantry, 127 Chapel Dr., Syracuse, NY 13219.
To order memorial trees or send flowers to the family in memory of Norma K. (Dwyer) Maher, please visit our flower store.