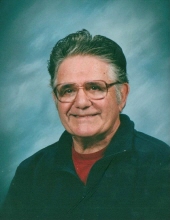 Paul A. Cerio, 84, of Warners, passed away Saturday at Loretto. A lifetime resident of the Syracuse area, he was a 1954 graduate of St. John the Baptist and 1956 graduate of Morrisville State College. An Air Force veteran, Paul owned and operated Cerio's Auto Electric for over 40 years before retiring in 2007. He enjoyed bowling, hunting, and auto racing and was known as the "Mag Man." Above all, Paul loved spending time with his family.

Relatives and friends may call Sunday, December 6 from Noon to 2 p.m. at the Buranich Funeral Home, 5431 W. Genesee St., Camillus.

Services will be Monday, December 7 at 9:45 a.m. at the funeral home and 10:30 a.m. in St. Joseph's Church, where a funeral Mass will be celebrated. Paul will be laid to rest in Greenlawn Cemetery, Warners.

In lieu of flowers, contributions may be made to Autism Speaks, 1060 State Rd., Second Floor, Princeton, NJ 08540.

Share condolences at www.BuranichFH.com
To order memorial trees or send flowers to the family in memory of Paul A. Cerio, please visit our flower store.