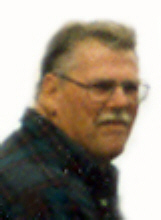 Raymond E. LaPoint, 70, of Solvay, passed away Wednesday, July 28, 2010 at St. Joseph’s Hospital Health Center. A lifetime resident of the Syracuse area, he was born on Monday, April 8, 1940 and was the son of Harry LaPoint and Laura Wentworth LaPoint. He retired in 1985 after 10 years with The Mop Bucket. An avid fisherman, Ray also enjoyed playing cards with his buddies, watching football and was a member of the Moose Club. He was devoted to his family and loved spending time with them, especially during the holidays. Ray was predeceased by his sisters, Sherry and Darlene; and brother, Harry. Surviving are his wife of 47 years, the former Alice Howell Smedes; sons and daughter-in-law, Raymond of Syracuse and Michael and Virginia of Solvay; grandchildren, Courtney, Jenna and Nico; sisters, Carol, Betty, Rose and Melody; brothers, James and Lewis; and many nieces and nephews. Relatives and friends may call Monday, August 2 from 4 to 6 p.m. at Buranich Funeral Home, 5431 W. Genesee St., Camillus. Services will follow at 6 p.m. at the funeral home with Rev. Michael Grinnals officiating. Burial will be private. In lieu of flowers, contributions in Ray’s name may be made to one's favorite charity.
To order memorial trees or send flowers to the family in memory of Raymond E. LaPoint, please visit our flower store.