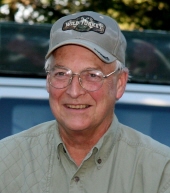 Reginald C. Durant, 62, of Marcellus, died Sunday, January 4, 2009 at home. Born in Northville on Wednesday, August 21, 1946, he was the son of Thomas Charles Durant and Thelma Elphee Durant. He spent his early years in Northville where he lived until moving to Marcellus where he lived most of his life. A graduate of SUNY Potsdam, Reg was an Earth Science teacher for the Marcellus Central Schools for 36 years, retiring in 2004. He was also formerly employed by the New York State Park Police for more than 10 years. He was a member of the Otisco Lake Rod & Gun Club, NRA, League of Women Voters, Onondaga Lake Partnership-Outreach Committee and the YWCA. Surviving are his wife of 40 years, the former Joan Hedrick; children, Deborah Brogan of Syracuse, Thomas and Danielle Durant of Phoenix, Arizona and Theresa and Stuart Abromovitz of Morrisville, Pennsylvania; granddaughters, Colleen and Meghan Brogan, both of Syracuse; grandson, Jared Abromovitz of Morrisville, Pennsylvania; stepfather, Edward Elphee of Northville and several nieces, nephews and cousins. Services will be at noon Saturday, January 10, 2009 in Most Holy Rosary Church, 111 Roberts Ave., Syracuse, where a funeral Mass will be celebrated. Friends may call preceding the funeral from 10:30 a.m. until noon in the chapel. Arrangements are by the Buranich Funeral Home, Camillus. In lieu of flowers, contributions may be made to the Fetterman/Durant Science Award Scholarship, c/o John Durkee, Marcellus High School, 2 Reed Parkway, Marcellus, NY 13108 or to the YWCA of Syracuse & Onondaga County, Reginald Durant Memorial Fund, 120 E. Washington St., Syracuse, NY 13202.
To order memorial trees or send flowers to the family in memory of Reginald C. Durant, please visit our flower store.