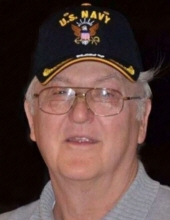 Richard Nick Shewchuk, 78, of Camillus, passed away Wednesday, April 11, 2018 at Syracuse Home, surrounded by his loving family. A lifetime resident of the Syracuse area, he was a 1957 graduate of Vocational High School. A Navy veteran, Richard served with the Mediterranean Fleet aboard the USS Plymouth Rock LSD-29, rank IC2. He was employed with Bristol Myers for 31 years before retiring in 1994 and previously worked for Solvay Process. A communicant of St. John the Baptist Ukrainian Catholic Church, he was a member of the Ukrainian Men's Club. Richard enjoyed Thursday coffee at McDonald's and Bristol Buddies Breakfasts. Above all, he loved spending time around the house and being with his friends and family.

Richard was predeceased by his brother, Edward, in 2014.

The family wishes to thank the staff at Syracuse Home for the wonderful care and support given to them during their most difficult time. A special thank you to nephew, Jay, who was there for them the entire time.

In lieu of flowers, contributions may be made to St. John The Baptist Ukrainian Catholic Church, 207 Tompkins St., Syracuse, NY 13204 or to the American Cancer Society, 6725 Lyons St., P.O. Box 7, East Syracuse, NY 13057.
To order memorial trees or send flowers to the family in memory of Richard Nick Shewchuk, please visit our flower store.