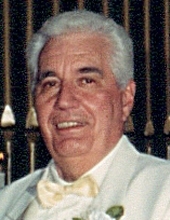 Robert J. Ten Eyck, 95, of Syracuse, passed away Monday, February 19, 2018 at Van Duyn. Born in Mottville, he was a lifetime resident of the Syracuse area.

Robert was a Coast Guard veteran of World W II. He retired in 1982 after 35 years with NY Telephone and was an avid NY Yankee and SU football fan.

Services will be private.

In lieu of flowers, contributions may be made to the Wounded Warriors Foundation, 4899 Belfort Rd., Suite 300, Jacksonville, FL 32256.
To order memorial trees or send flowers to the family in memory of Robert J. Ten Eyck, please visit our flower store.