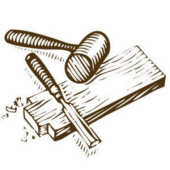 Robert M. Murphy, 85, formerly of Syracuse, passed away Friday, October 21, 2011 in Chesapeake, Virginia. Born in Syracuse on Friday, January 29, 1926, he was the son of Morrell Murphy and Anna Louise Reissig Murphy. He lived in Syracuse before moving to Chesapeake, Virginia in 1967. Robert was a graduate of Eastwood High School, SUNY Canton and Syracuse University. He was an Army veteran of World War II. He retired in 1986 from General Electric in Chesapeake, Virginia, after more than 30 years. An avid golfer, he was a member of the GE Golf League and also enjoyed woodworking and was a huge sports fan. Robert was predeceased by his wife, the former Julia Kominski, in 2003; and his sister, Eleanor. Surviving are his stepson, Richard (Janice) Krzyzak of Camillus; and several nieces and nephews. Relatives and friends may call Wednesday, October 26 from 11 a.m. to noon at the Buranich Funeral Home, 5431 W. Genesee St., Camillus. Services will follow Wednesday at noon at the funeral home. Robert will be laid to rest in White Chapel Memory Gardens, DeWitt. In lieu of flowers, contributions may be made to the American Cancer Society, 6725 Lyons St., P.O. Box 7, East Syracuse, NY 13057.
To order memorial trees or send flowers to the family in memory of Robert M. Murphy, please visit our flower store.