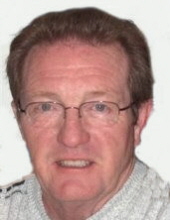 Roger T. Egan, 75, of Liverpool, passed away Thursday, March 23, 2017 in Jacksonville, FL. He was a lifetime resident of the Syracuse area. Roger was a Marine Corps veteran of the Vietnam War and employed with the FAA for over 30 years before retiring in 1999 from the Syracuse Airport. A communicant of Christ the King Church, he was also a member of the Cicero American Legion and Clayton American Legion. Roger enjoyed traveling, especially to Hawaii and spending winters in Florida. He also enjoyed boating, fishing at his camp on the St. Lawrence River and spending time with family, especially his grandchildren.

Roger was predeceased by his parents, Robert and Mary Ganley; and grandson, Evan Paye.

Services will be Saturday, April 1 at 10 a.m. at the funeral home. Burial will be in Onondaga County Veterans Memorial Cemetery.

In lieu of flowers, contributions may be made to the Disabled American Veterans, DAV.org/donate.