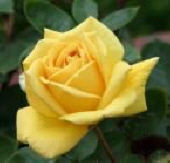 Skyler Rose Collins, 4, of Syracuse, died Wednesday, January 21, 2009 at Golisano Children’s Hospital at Strong in Rochester. Born in Syracuse on Thursday, April 22, 2004, she was the daughter of Andy Bryan Collins and Jamie Alicia Filipkowski Collins. Surviving, in addition to her parents, are her brother and sister, Devon and Ivy; maternal grandparents, Diane and Edward Filipkowski of Camillus; paternal grandparents, Mickle and Barbara Collins of Lake Wales, Florida; aunts, Stacey Davis and Megan Kale; and cousin, Cage Kale. Skyler was predeceased by her paternal grandmother, Dora Kemp and uncle, Jeff Collins. Services will be at 6 p.m. Thursday, January 29, 2009 at the Buranich Funeral Home, 5431 W. Genesee St., Camillus. Friends may call preceding the service from 5 to 6 p.m. at the funeral home. Burial will be private. Contributions may be made to Golisano Children's Hospital at Strong, 300 E. River Rd., Rochester, NY 14627.
To order memorial trees or send flowers to the family in memory of Skyler Rose Collins, please visit our flower store.