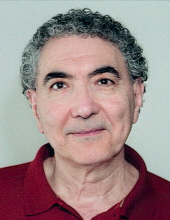 Thomas Pastorello Ph.D., 73, of Camillus, passed away peacefully on Tuesday, May 7, 2019 at Crouse Hospital after a diagnosis of non-Hodgkin lymphoma one year ago. He had been retired since 2002, as Professor Emeritus from Syracuse University’s then entitled College of Human Services and Health Professions.

His 30-year career as a researcher and educator at SU were guided by the ancient precepts affixed to the Temple of Apollo in Delphi: “Know Thyself” and “All Things in Moderation.” These were the building blocks for his research and for his courses taught on the topics of human development, spiritual growth and aging, human diversity and research methods, including statistics and computer applications. The scope and depth of his intellectual work earned him the epithet “Renaissance Man,” within award citations from his students.

Born in midtown Manhattan’s “Little Italy,” he later lived in the Bronx until his graduation from CUNY with Phi Beta Kappa honors. Prior to his academic career, he served as a Psychotherapist Specialist in the US Army at Fort Sheridan, IL, helping to meet the needs of Vietnam soldiers returning home. He received his master’s degree in quantitative methodology at Indiana University and moved finally to Central New York to receive his Ph.D. from the Maxwell School of SU in 1973, “with distinction” and with the first Certificate of Achievement awarded by the SU Gerontology Center.

After serving as Project Director for The Kermit Schooler National Project on Aging and as Director for Research and Program Evaluation at Syracuse’s Loretto Geriatric Center, he accepted a professorship at the SU School of Social Work. He was invited by the school to develop curriculum and offer the first courses on program and clinical evaluation. During his tenure, Professor Pastorello presented numerous papers, based on the volunteer evaluation services he provided to local social and health agencies, and published articles in professional journals and books, including his own, Time and Aging. He received the graduate students’ first “Outstanding Faculty Award” and in his departing year, was honored by his faculty colleagues as “Teacher of the Year.” Revised in 2018, two of his books remain popular on Amazon: A Jungian Primer and Gerontological Research Methods and Theory.

Tom, as his family and friends knew him, was an avid reader, a collector of ancient coins, a student of ancient history and anthropology and a frequent visitor to archaeology and art museums, ballet companies and opera houses. His wife, Irmgard – his Hunter College sweetheart whom he married in 1969, and their beloved daughter, Irena, survive him. They are predeceased by Irmgard’s older sister, Imelda Holzner (2014) and mother, Wally Holzner (2018). It was the most fulfilling aspect of Thomas and Irmgard’s retirement to serve as their caregivers for many years. Earlier in their lives, all five family members, with their shared interests in photography and international travel, enjoyed a life of exploration and appreciation of the world’s great cultures.

Tom is also survived by one brother and several cousins, nieces and nephews.

A memorial service will be held at a later date. Tom will be laid to rest in Greenlawn Cemetery, Warners.

In lieu of flowers, contributions in Tom’s memory may be made to the Lymphoma Research Foundation, 88 Pine St., Suite 2400, New York, NY 10005 (www.lymphoma.org) or to Crouse Hospital, www.crouse.org
To order memorial trees or send flowers to the family in memory of Thomas Pastorello Ph.D., please visit our flower store.