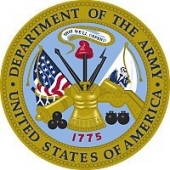 Ward W. Collier, 88, of Camillus, passed away Thursday, March 24, 2011 at the VA Medical Center. Born in Norwich on Thursday, November 9, 1922, he was the son of Herman Collier and Anna Whaley Collier. He lived in Morris, New York before moving to Camillus for the past 25 years. He was a 1940 graduate of Sherburne Central School. An Army veteran of World War II, Ward was trained at Camp Tidworth, Oxford, England. He was injured on Omaha Beach during the Normandy Invasion. A staff sergeant, he received the Purple Heart, Bronze Star, Middle Eastern Service Medal, Bronze Arrowhead, and many battle stars. He was recipient of the Conspicuous Service Cross, which is the American Legion’s highest honor. Ward attended Cornell University for training and worked for N.Y.A.B.C. for 13 years. He then worked for the U.S. Postal Service as R.L.C. for 20 years in Morris, retiring in 1985. While in Morris, Ward helped establish and coach the Little League and Babe Ruth League and was a former Cub Master Scout leader. He was an active communicant of Holy Cross Church and served as lector, usher, Eucharistic minister and was president of the church council, Holy Name Society and the county offices of R.L.C. Ward was currently a communicant of St. Joseph´s Church, Camillus, and was also a member of the American Legion Knifetown Post #1540. Ward was predeceased by his son and daughter-in-law, Kelly and Jennifer; and brothers, Eugene and Erwin. The family would like to thank the staff at the VA Hospital for their loving care and compassion for Ward. Also, to all the volunteer organizations that do so much work at the hospital for all the veterans, it is truly appreciated. Surviving are his wife of 62 years, the former Reta Jean McGowan; sons and daughters-in-law, Michael and Marsha of Camillus and Florida, Patrick and Kathie and Kevin and Ginni, all of Auburn; daughters and son-in-law, Cynthia and James Heath and Carol Miles, all of Camillus; brother, Robert Collier of Norwich; grandchildren, Patrick (Carolyn), Andrew (Maureen), Kate, Jef, Josh, Ashley, Matthew, Kendra, Ryan, Chelsea, Christopher and Taylor; one great-granddaughter, Olivia; and several nieces and nephews. Relatives and friends may call Sunday, March 27 from 2 to 5 p.m. at St. Joseph’s Church, Camillus. A funeral Mass will be celebrated Monday, March 28 at 10:30 a.m. in the church. Ward will be laid to rest Tuesday, March 29 in Hillington Cemetery, Morris, New York. Arrangements are by the Buranich Funeral Home, Camillus. In lieu of flowers, contributions may be made to Holy Cross Church, P.O. Box 118, Morris, NY 13808 or to St. Joseph’s Church 5600 W. Genesee St., Camillus, NY 13031.
To order memorial trees or send flowers to the family in memory of Ward W. Collier, please visit our flower store.