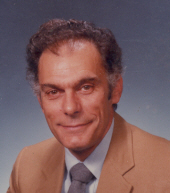 Anthony Thomas Romano, 78, of Camillus, passed away Saturday, August 7, 2010 after a courageous battle with cancer. Born in Brooklyn on Thursday, August 4, 1932, he lived in the Syracuse area for over 50 years. The son of Thomas and Carmella Romano, Anthony graduated from Brooklyn Technical High School in 1950 and Oswego State Teachers College in 1954. He served as an electronics specialist in the Korean War with the United States Army and Reserves. After his marriage to Antoinette (Solazzo) Romano in 1956, Anthony earned an engineering degree from Syracuse University in 1968. He worked for Heavy Military at General Electric for over 25 years. A long-time communicant of Holy Family Church in Fairmount, Anthony served as an usher, Eucharistic minister, and in the tithing program. He was a member of GE Elfin Society, the Knights of Columbus, and an active member of the YMCA Indian Guides. He was the proud father of four West Genesee High School graduates. As “Coach Gramps,” he was an assistant coach for the Liverpool Girls’ Softball League for his granddaughters’ teams. After retirement from GE, he volunteered at Community General Hospital for 12 years. Anthony was a family man who supported his sons and daughter, grandsons and granddaughters in all of their academic, musical and sports endeavors. He took yearly outings to the Great New York State Fair and enjoyed winters in Florida with his beloved wife. His Gordon Setter, “Addy,” brought him joy. Anthony was predeceased by his sister, Lucy Stafford, of Virginia. Surviving are his loving wife of 54 years, Antoinette (Solazzo) Romano, also of Camillus; sons and daughters-in-law, Dr. Thomas and Mary Romano of Dewitt, Dr. Michael and Kelley Romano of Liverpool, Joseph and Kelly Romano of Farmington, Connecticut; daughter and son-in-law, Laureen and William Keegan of Baldwinsville; 16 grandchildren, John, Matthew, Paul, Anna, Leah, Oriel, Jill, Abigail, Anthony, Tessa, David, Andrew, and Nicholas Romano, and James, Stephen and Denis Keegan; a sister and brother-in-law, Marianne and Leonard Ciarelli of Utah; and several nieces, nephews, and cousins. Relatives and friends may call Monday, August 9 from 3 to 7 p.m. at the Buranich Funeral Home, 5431 W. Genesee St., Camillus. A funeral Mass will be celebrated at 1 p.m. Tuesday, August 10 in Holy Family Church. Anthony will be laid to rest in the Onondaga County Veterans Memorial Cemetery. Contributions may be made to the American Cancer Society, 6725 Lyons St., P.O. Box 7, East Syracuse, NY 13057 or to Holy Family Church, 127 Chapel Dr., Syracuse, NY 13219.
To order memorial trees or send flowers to the family in memory of Anthony Thomas Romano, please visit our flower store.