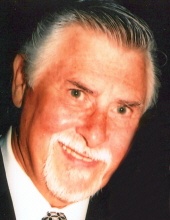 Gordon “Gordie” C. Lane, 73, of Baldwinsville, passed away Tuesday, February 23, 2021 at Upstate University Hospital. He was a lifelong resident of the Syracuse area and a retiree of the Syracuse Police Dept. after 20 years of service. Gordie proudly served in the United States Marine Corps and experienced combat duty in Vietnam. Gordie was a member of the 1st Regt. VA Volunteers in Fort Shenandoah, VA for many years. Gordie was one of the founding members as well as past president of VVA #103 and had a lifetime membership. He dedicated his life to serving the veteran community and was a well respected advocate for veteran wellness. He holds many awards and honors for his leadership and veteran advocacy.

Gordie was predeceased by his parents, James and Marion; and son, Joshua.

A celebration of Gordie’s life will be held at a later date.

In lieu of flowers, contributions may be made to Vietnam Veterans of America Chapter 103, P.O. Box 675, Liverpool, NY, 13088.
To order memorial trees or send flowers to the family in memory of Gordon "Gordie" C. Lane, please visit our flower store.