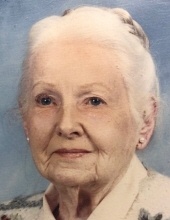 Lillian Victoria Fechner (nee Dannevig) passed from this life January 8, 2020, 11 days before her 103rd birthday. Born January 19, 1917 in Brooklyn, NY to Josephine and Oluf Dannevig, who had immigrated to the United States from Norway in 1902, she was the youngest of their six children. After her high school graduation, Lillian went on to work as an executive secretary at Riegel Paper Corp. in Manhattan, and to marry Paul Fechner in 1939, having met him when they sang together in a local choral group, and with whom she would have two children, Janet and Roy. She was a loving wife, mother and homemaker, living in the same home in Brooklyn for 79 years until moving to Syracuse in 1998. As a member of St. Michael’s Lutheran Church, Camillus, she especially enjoyed singing in the choir. Lillian moved into Loretto Skilled Nursing Facility in Syracuse in 2016 where she resided until her death.

Lillian was predeceased by her sisters; brothers; and husband Paul, in 1990.

Lillian’s family would like to thank the Loretto staff on Cunningham 9, and the other caregivers in her life, for all their skill, kindness and compassion in caring for her.

In lieu of flowers, contributions can be made to St. Michael’s Memorial Fund. Burial will be in Calverton National Cemetery, Long Island.
To order memorial trees or send flowers to the family in memory of Lillian Victoria Fechner, please visit our flower store.