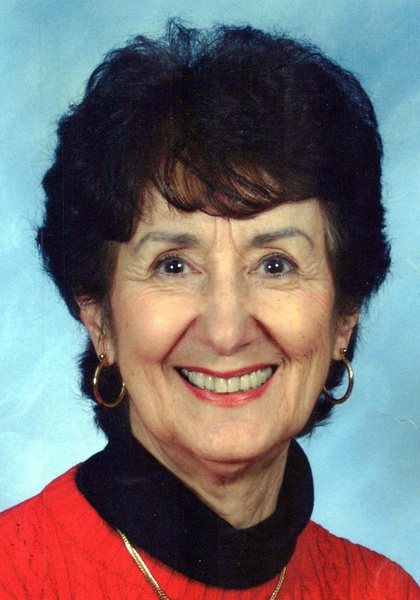 Mary (Petrocci) Crawford, 92, of Geddes, passed away Sunday. Born and raised in Solvay, she was a 1948 graduate of Solvay High School. Mary began her work career in 1949 with the County of Onondaga, later being chosen as the first executive secretary to County Executive John H. Mulroy. She later retired from Onondaga Community College after working in the president’s administrative offices.

Mary was a member and former president of Solvay Tigers Auxiliary, and a past member of Solvay Seniors, the Geddes Business Women’s Professional Club, Beta Sigma Phi, and Tuscarora Ladies Golf League.

A communicant of St. Cecelia's Church, Mary was a member of the adult and funeral choirs, and team member of its funeral ministries since its inception.

Surviving are her son, Dennis Crawford; five nieces; one nephew; several great-nieces and great-nephews; one aunt; and several cousins.

A graveside service will be held on Thursday, August 11 at 10:00 a.m. in St. Mary’s Cemetery Resurrection Chapel Mausoleum, DeWitt.

In lieu of flowers, contributions may be made to Saint Marianne Cope Parish, 105 Stanton Ave., Solvay, NY 13209, or to Solvay Geddes Community Youth Center, 1010 Woods Rd., Solvay, NY 13209.
To order memorial trees or send flowers to the family in memory of Mary (Petrocci) Crawford, please visit our flower store.