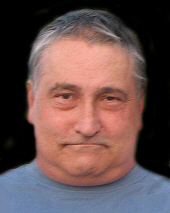 Michael A. Nadolski, 65, of Camillus, passed away Thursday, August 26, 2010 at home. Born in Rome, Italy on Thursday, August 9, 1945, he was a lifetime resident of the Syracuse area. Michael was a graduate of Sacred Heart School and the Fashion Institute of Technology. A photographer with Varden Studio, he was employed for more than 30 years. He enjoyed baseball and was an avid Yankee fan. He also enjoyed cooking, traveling, and spending time with his family and friends. Michael was predeceased by his father, Edwin. Surviving are his wife of 23 years, the former Karen Crisafulli; mother, Julianna Nadolski of Syracuse; daughter and son-in-law, Alicia and Rick Hall of Pompey; sons and daughters-in-law, Alex, Andrew and Albert Nadolski, all of Syracuse, Mark and Jill Ridler of Troy and Ben and Mandy Ridler of New York; grandchildren, Courtney, Zach, Greg and Ben; brother, Robert Nadolski of Indiana; sister, Susan Eckstein of Syracuse; and several nieces and nephews. Relatives and friends may call Monday, August 30 from 4 to 7 p.m. at the Buranich Funeral Home, 5431 W. Genesee St., Camillus. Services will be at 9 a.m. Tuesday, August 31 at the funeral home and at 9:30 a.m. in the Basilica of the Sacred Heart of Jesus where a funeral Mass will be celebrated. Michael will be laid to rest in Woodlawn Cemetery. In lieu of flowers, contributions may be made to Alzheimer's Association of Central New York, 441 W. Kirkpatrick St., Syracuse, NY 13204.
To order memorial trees or send flowers to the family in memory of Michael A. Nadolski, please visit our flower store.

Basilica of the Sacred Heart of Jesus