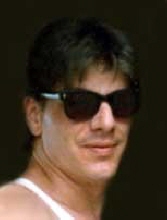 Michael Rao, 54, of Camillus, passed away Monday, January 16, 2012 at home. Born in Syracuse on Sunday, April 21, 1957, he was a lifetime resident of the Camillus area. He was a 1975 graduate of West Genesee High School and attended Syracuse University for photography. Michael was employed by Chrysler Corp for 31 years, retiring in 2008. He also attended BOCES where he received his certification for pharmacy technician in 2011. Michael was a communicant of Holy Family Church and member of UAW 624. He was a motorcyclist enthusiast and member of the Valley Desperados. He was an avid hunter and fisherman and enjoyed photography as well as vintage guitars and amplifier modifications. He had an extraordinary ability to fine-tune musical instruments. Michael was predeceased by his mother-in-law, Ann Francher, on January 20, 2011. Surviving are his wife of 31 years, the former JoAnn Francher; daughter, Holly Rao of Syracuse; son, Justin Rao of Camillus; grandsons, Lloyd and Michael, both of Syracuse; parents, Vincent and Mary Rao of Fairmount; father-in-law, John Francher of Camillus; sisters and brother-in-law, Susan Wolfe, and Kathleen and Ted Ryan, all of Syracuse; godson, Jacob Ryan of Syracuse; and several nieces, nephews and cousins. Relatives and friends may call Wednesday, January 18 from 5 to 7 p.m. at the Buranich Funeral Home, 5431 W. Genesee St., Camillus. Services will be at 10 a.m. Thursday, January 19 at Holy Family Church where a funeral Mass will be celebrated. Michael will be laid to rest in Greenlawn Cemetery, Warners. In lieu of flowers, contributions may be made to Hospice of Central New York, 990 Seventh North St., Liverpool, New York 13088.
To order memorial trees or send flowers to the family in memory of Michael Rao, please visit our flower store.