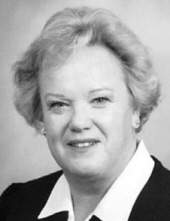 Retired Judge Nancy (Kane) Donnellan, 80, formerly of Syracuse, passed away March 10 in Sarasota, FL after a long illness. Born Nancy Ellen on July 18, 1938 in Syracuse, she was the first daughter of Arthur and Helen (Murphy) Kane after four sons. Nancy grew up with six brothers and one sister. After graduating from the Convent School, she attended the College of the Sacred Heart in Newton, MA. It was during one of the family’s summers at Cape Cod that Nancy met Robert Donnellan at the Maritime Academy in Buzzards Bay. Following Bob’s graduation as a Navy officer, they were married and began to share his Navy career of 12 years in the submarine service while raising their family of two sons and two daughters. After Bob’s long service in the Navy, the family moved to San Diego where Bob began his career as a financial advisor. When the family moved to Cary, IL, Nancy got interested in law. Without a college degree, she applied and was accepted at DePaul Law School in Chicago and began the lengthy commute from Cary that led to earning her law degree. Nancy began her career in Chicago as an assistant state’s attorney in Cook County. When Bob’s career took him to Texas, Nancy joined a local law firm in Houston. Another career opportunity brought them to Sarasota where Nancy joined the law firm of Kirk Pinkerton. In her law practice, she focused on labor law. Then with the assistance of Bob, her master campaigner, and after one failed attempt, Nancy won her first of two terms as judge for the 12th Circuit Court serving Sarasota and surrounding areas. Upon her retirement, she continued to assist the courts when needed for some years while always working on improving her gourmet cooking skills. During their time in Sarasota, Bob and Nancy were active members of the Sarasota Yacht Club and made several trips on their rising glass yacht from Sarasota to Maine and their beloved Cape Cod.

Services were private.
To order memorial trees or send flowers to the family in memory of Nancy (Kane) Donnellan, please visit our flower store.